The Core Facility Nanobodies will be set up by the Schmidt lab at the Institute of Innate Immunity. We offer the customized generation of alpaca nanobodies (also called VHHs) against target structures of choice. These highly specific single domain antibodies (ca. 15 kDa) recognize their targets with affinities comparable to conventional antibodies. Yet, we can identify suitable nanobodies by phage display, produce them in bacteria, or express them in the cytosol of mammalian cells to visualize targets or alter protein function. The ease of modification by genetic fusion or chemical/enzymatic conjugation makes them versatile tools for perturbation studies, microscopy, flow cytometry, mass cytometry, mass spectrometry, or non-invasive imaging methods such as immuno-PET. Nanobodies also facilitate protein crystallization and are widely used in structural biology. We offer the immunization of alpacas with provided protein, as well as the identification and validation of specific nanobodies against your desired target. We will help you with the production and (site-specific) modification of nanobodies to adjust them to your needs.

In addition to conventional antibodies, alpacas and other camelids produce heavy chain-only antibodies that are comprised of two identical heavy chains and recognize their target by means of a single variable domain (VHH). These VHHs or nanobodies can be expressed as stand-alone fragments that retain binding affinity. To generate nanobodies, alpacas are repeatedly immunized with purified protein (ca. 1 mg in total). We clone the nanobody repertoire of the immunized animal from a blood sample and ‘store’ it in a phagemid plasmid library. This is used to identify nanobodies with the desired specificity by phage display. Candidate nanobodies will be tested by ELISA and validated biochemically. The nanobody coding sequences can be transferred into bacterial or mammalian expression vectors for large scale production or protein perturbation in the relevant cell types. 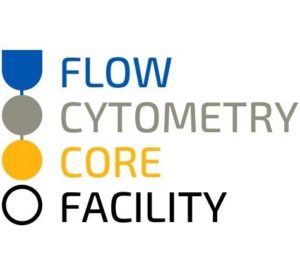